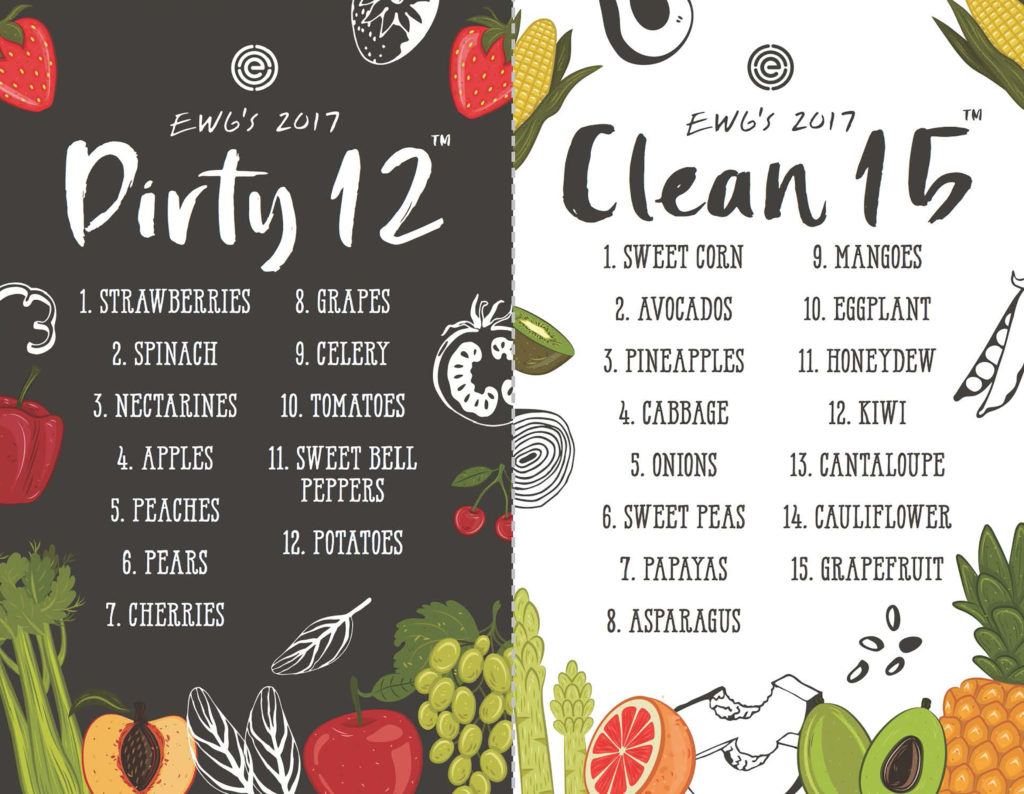 Here at The Corner, we understand the importance of knowing what’s in our food! Each year, Environmental Working Group (EWG) categorizes fruits and veggies into two groups based on the amount of pesticides found: The Dirty Dozen and Clean Fifteen. Strawberries have topped the list for the second year in a row, passing by the apple which had been #1 for 5 consecutive years. Here are some of the key findings from this year’s report:

Check out the lists above and buy organic whenever possible. Luckily, all of our produce here at The Corner is 100% organic. 🙂